Humans are endowed with an amazing gift, it is our inquisitive mind…

We want to know and understand…

Through the Power of our Minds, coupled with inventive ingenuity and creativeimagination we explore vast regions of the unknown universe, first within ourselves and then outwards into the bounds of the physical cosmos.

Why do we exist?

What is our relationship to the Gods that created us?

Thousands of questions have been asked, and each of us in our lifetimes searches for the truth in one level or another.

This site is a place of exploration and discovery.

We will explore new dimensions, concepts, realms, histories, philosophies cosmologies, and theologies; hopefully to find that place within us that will bind us to the One True Creator of all that we see and feel; the God that lives within.

My name is Alexander Baghdanov; I have been a student of the Spiritual Realm of God my entire life; beginning with my earliest childhood. I would like to share the many things that I have learned with you.

Let me help you discover your spiritual journey of life!!!

The Importance Of Understanding True History…

One of the Bigger Question in all Life, is, “What is History”?

In the simplest interpretation, history translates into “his-story”; a chronicle of past events; a narration of an individuals life as remembered by those who knew the person, or where there to see the events of that life unfold.

Of course, this opens the door to many more questions.

Life has proven, that if a crowd of people were to observe an event transpire before their very eyes, interviewing the individuals of the crowd would reveal a multitude of diverse stories. Each person would see the event from his own perspective; would draw his own conclusions; and would portray the narrative according to his comprehension; this is simply human nature…

If the chronicle of events was an oral record; a story told and retold from living memory, one could correspond to the understanding, that the tale could become altered with the retelling of that account. As the generations pass, the embellishments could become even more grandiose, even as the true facts become more vague and indistinct.

Recording history is not with out its own set of complications. There is usually an agenda of the people or persons who made that recording. Why would someone go out of his or her way to make that recording in the first place?

As with all official documentation, it is necessary to understand the underlying perspective of the narrative, before someone from the deep future, studying an ancient history, could accept the reliability of the supposed facts and details of any event that transpired out of your own personal visual perception.

In other words, know first why that history was recorded, and by whom.

Throughout my many years of study of ancient history, I have found a magnanimous amount of discrepancy between the numerous annals, documented by the various agencies, whose responsibilities were to record the truth of the matter. I have learned the importance of approaching each event or issue, from different angles, researching an abundance of prospective agencies, before it becomes safe to accept the truth of any given matter.

Studying Religious History has proven to be one of the most conceptual if not ambiguous contradictions of all time. The vast recording available to the common student, are so tainted with the abstract philosophies of those who endeavored to record those chronicles. The “Agenda” of the Official Doctors of Faith, always came first, and greatly influenced the authors of those documents, greatly undermining the validity of the truth of those supposed, “Facts of Life”.

My Passion is the study of World History, Archeology, Spirituality, Philosophy, and especially, “Religious History”, it has become my Life’s Study. I do it, because I simply enjoy doing it.

Reading and studying come naturally to me, I have studied many aspects of history, and I have approached it from many perspectives. The books that I have read number in the many thousands; I have literally exhausted our local libraries. It is because I read the books available to the common student of knowledge, provided by the local libraries, that I began to recognize the minor value of “General History”, being offered to the public.

I needed more specific information; greater detail; more depth and insight. I began exploring the libraries of universities, institutes, and theological seminaries; here I discovered that the information being offered was much more valuable, to a student as myself. More details simply meant a greater understanding of true history, a clearer more precise perspective of the important facts of history.

But ultimately, I could see the faint trail of bias, as virtually every aspect of those recorded annals, had a philosophical agenda lying beneath the surface. Someone, or some organization, ultimately was leading you in a particular direction, so that you, the common member of the masses, would understand the story a particular way. There is always an Agenda!!!

For many years I lived near the city of Silverton, Oregon, a unique aspect of its geography, is that it’s situated only a couple of miles from a world renowned Catholic Monastery. This Monastery is a University that specializes in training Future Leaders and Clergy Men of that particular Catholic Order. At this University, they maintain one of the Worlds most extensive Libraries in the World, quite possibly, second only to the original and official Vatican Library.

Here I discovered a treasure trove of knowledge…

I cannot even begin to describe the historical database stored within its walls; simply impressive.

It became clear to me, that they carry a very exclusive perspective in their educational process. There is an unmistakable distinction between the common masses of Catholic believers and those who are its “Progenitors of Faith”.

To the Masses, they give their Holy Bible; which has been carefully crafted, and designed in such a way, that they could manipulate every aspect of their mind. They could be led into whatever direction desired; they could be shaped and molded to fit within the parameters of their Dogmas, Philosophies, and Tenets of Religion; as a potter makes his clay pots. But to the Hierarchy, those who are the teachers and progenitors of their faith, a very different history awaits them.

Over the course of five years, I visited this library several times a month. I searched their database for everything that I could find on the Molokan Religion, and her People. I extensively researched the history of Primitive Apostolic Church, and her True Descendents; and the lives of numerous Historical and Prominent Individuals; people that shaped and molded the future of all Religion.

I did very intensive and extensive research of the history and evolutionary process of the Catholic Church, as well as her sisters, Russian and Greek Orthodoxy.

In case you were wondering, this library is actually closed to non-members of the Catholic Church; you must be a member of the Clergy or one of the students. The general public is not allowed to study or to read these books.

I was given access to this library through a mistake made by the chief librarian, who inadvertently had given me an official library card. There is a very large community of Old Believer Russian Orthodox people in the Willamette Valley. This group of people are going through a phase of division, where many of its members are abandoning the old philosophies of the ancient church, (loyal to the high papa of Old Russian Orthodoxy), and are now accepting the Pope of Rome as their Spiritual Leader.

There was a new group of Russian converts that have begun going to the monastery in order to receive their credentials as priests, they accidentally believed that I was one of these new converts who had joined the university for training. Five years later I was found out, and they learned that an imposter was amongst them; and of course my access was denied from that point forwards.

The most valuable books by far of course, were the Archival Record Books. It would seem that the Prominent World Religion placed great emphasis on the minute, and detailed daily running and operation of each of its diocese. Every church, chapel, priory, monastery, temple, cathedral, prison, and official office, no matter how small, or distant, was required to keep specific records of each and every day. Every event, action, and decision made by the officials, throughout all epochs of the Church, is with us today, and is required study for all future leaders of the church.

This is the Gold of the Gold. Any person fortunate enough to have read these books, and archival records, will walk away a very educated and knowledgeable individual in regards to the history of all religions, but especially the most dominating of Christian Churches: the Original Primitive Apostolic Church, as well as Catholicism, Protestantism, and of course, Molokanism.

Would you like to hear the “Rest of the Story”, or simply put, “The True Story”, about our Molokan Faith?

Over the course of time, I will post articles on my official web-site, and will continue bringing you fresh new books filled with informative historical facts, philosophical translations, and new copies of original manuscripts un-earthed from archeological excavations.

I believe these will be both interesting and informative, especially to those who have a strong desire to know the truth of our past. Not just the recent past of a few centuries, but the long forgotten deep past, the history that I feel truly matters to each Molokan who has a love for his people and his Faith.

True Knowledge, gleaned from the study of history, archeology, philosophy, science, and many other disciplines to numerous to record here, provide a valuable foundation upon which to build your Spiritual Journey of Life.

Flight may take many forms and shapes. We could simply nail a few boards together, overlaid with canvas and we have a vehicle of flight; climb aboard a small platform and jump with all your might. Yes! This is congruous with a spiritual adventure…

Or we could take the time and effort, through diligent research, engineering, and architectural design, build a vehicle worthy of deep space travel; one which could enable a multitude of passengers, a simultaneous excursion into the deepest recesses of God’s Realm of existence, through mature and powerful spirituality.

With Spirituality, we discover of our very inner-man; our very soul.

Through Spirituality, we commune with the Living Heavenly Father/Mother of Creation.

Spirituality is the Bridge between Heaven and Earth; between Man and God!!!

Build your Spirituality, through the Power of Manifest Prophetic Action and Activity…

Let us learn together… 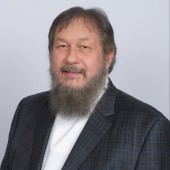 This site uses Akismet to reduce spam. Learn how your comment data is processed.

To The Spirit Life Blog Spirituality Is One Of The Greatest Frontiers Of Human Learning And Development. Let Us Explore This Wondrous World Of Spirit and Prophecy! Awaken The Gifts Of God Within You…